“Dedicated to those who fight to protect Life on our planet.”

That quote from my father, Captain Jacques-Yves Cousteau, born on June 11th 1910, appears at the beginning of the television episodes he produced in his lifetime, which globally had an audience of over two hundred million people each. 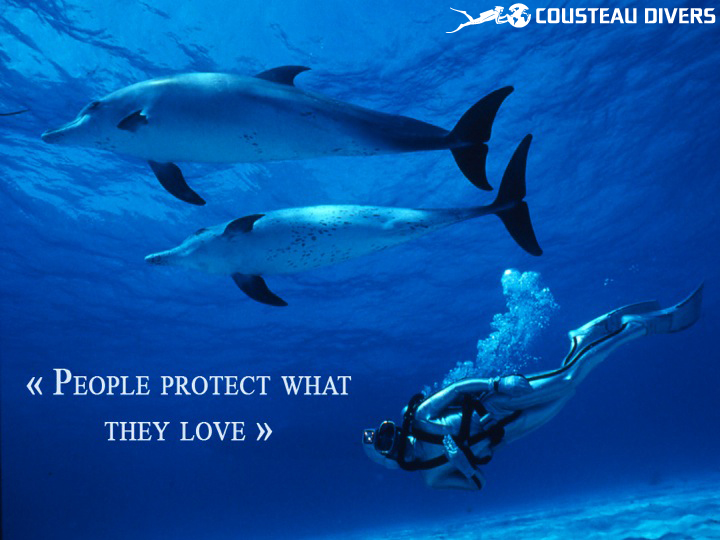 Since June 11th, 2010, I have launched an annual online campaign to commemorate his birthday, his work, his philosophy. Cousteau Day is dedicated to all the people around the world who fight for the preservation of nature, of which we are an integral part. Activists, conservationists, environmentalists, dreamers, tree-huggers, lovers of nature from all horizons and all trades: everyone who stands for the respect of Life on this planet and battles the odds to helps alleviate its destruction. 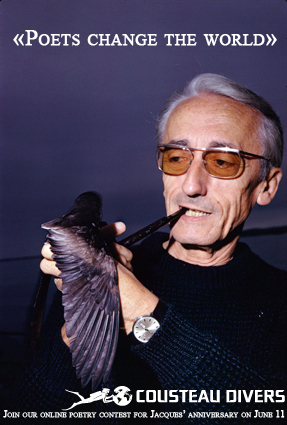 “Poets change the world”, he said during his inauguration speech at the French Academy of Literature. Only those who dare to dream beyond the narrow limits of the possible can bring change. “The impossible missions are the only ones that succeed”, he used to say, implying that nothing is worth pursuing if it doesn’t take us into the depths of the unknown, to shine the light of knowledge and hope into darkness.

I would like to specially dedicate this 2018 Cousteau Day to the martyrs of nature. In 2017 alone, 197 environmentalists were MURDERED for defending nature, all around the world. Be it through official government repression or mercenaries, lethal force is applied to defend the profits of those who squander nature, more often than we can imagine. Let us never forget the sacrifice of those who fought for the dignity of future generations and the intrinsic value of Life. Meanwhile, 1.7 million children die each year because of water and air pollutions worldwide. 7 million people die because of air pollution alone each year. Species are going extinct faster than during the last global extinction event, 65 million years ago. 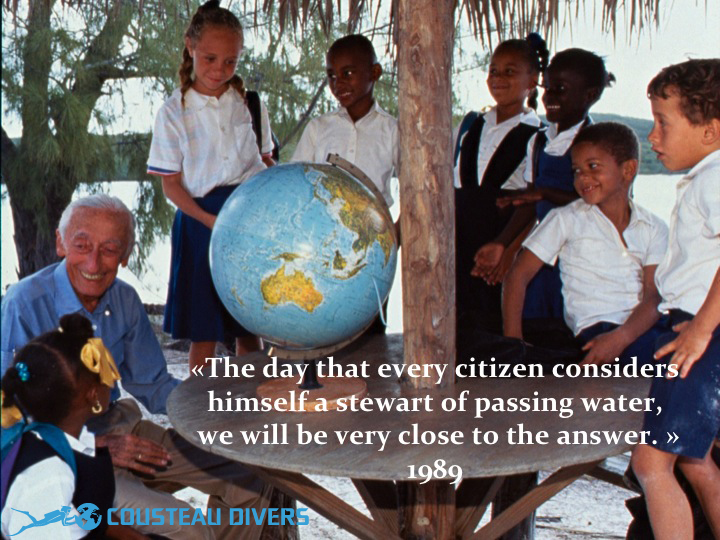 These horrifying facts must not overwhelm our hopes. The fear of repression must not overcome the imperative of protecting life on this planet, in all its beauty and diversity. We must attack power with wisdom, using the strategy of the dolphin. We must be vocal and shine on through these dark ages, this dictatorship of materialism, condemning abuses and bringing forward solutions, daring to innovate and to be true to ourselves.

Let’s read it from the Captain himself, as he wrote in the Cousteau Almanac in 1973: The Strategy of the Dolphin.

“It is an unavoidable fact of international life that the decision-makers in governments everywhere are most influenced by vested interests with extravagant lobbying budgets and by organizations with enormous memberships. Those of us who love the sea, who recognize the blood relationship of all earth’s beings, who see on this Water Planet a growing threat to our most fundamental biological machinery, do not command the money and power of even a single major multinational corporation. But we can wield the formidable power of our numbers, the strength of a great unified crowd of citizens of the planet.

How sad and how alarming is the rate of environmental devastation! We ourselves are increasingly threatened by toxic debris and lethal miscalculations.

It is unbelievable. It is unacceptable.

We must stop this stupidity, and the most effective weapon we have as citizens – as parents – is the sheer force of our numbers. That is the strategy of the dolphin when threatened by an animal armed with greater strength and size. Pursued by a large shark a pack of dolphins will suddenly turn en masse, dive below the shark and drive their blunt noses into his belly, one after another. It is the perfect strategy. With no ribs or diaphragm to protect its vital organs, the shark is vulnerable. For all its power, the shark is defeated by intelligence and the force of numbers. It is the weaponry of the peacemakers and the common people throughout history.

Let me offer a final thought. For all the darkness that presently confronts us and our descendants, there is no reason to give up. There is every reason to take up the fight, because we have within our grasp the power of the people to force the right decisions. The more people, the more power, the more hope.

On behalf of the future generations whose legacy we are squandering, let us begin to make waves – forcing decision-makers to protect and to nurture the environment. How can we accomplish this? We can rise as a human family and compel the powerful and the profit-only-minded to consider life the greatest priority. We can take our inspiration from the dolphins, who defend themselves and their offspring through an instinct to mass together in the face of danger… and to attack power with wisdom.”